Individualized Support Services (ISS) are available to assist adults with establishing their own household or independent living setting by renting or owning his/her own home. ISS applies to individuals that want to leave a certified setting, those who are ready to move from a family home, or are unsuccessfully living on their own. Many of these individuals have significant health and safety issues identified, face eviction, loss of housing, or who are homeless.

Individualized Support Services funding provides a housing subsidy to qualifying individuals who live in an uncertified community-based setting. This housing subsidy can provide funds to pay a portion of the monthly rent or mortgage. Upon enrollment, new participants may also receive transition funds to purchase furniture, appliances, and household items to furnish their new home.

Moving to a new apartment or house can be both exciting and stressful, so let sasi help you through the process. Individuals who are eligible for services through OPWDD and are 18 years or older can apply for this service.

If you are interested in learning more about the program, or in becoming a landlord for an individual with a disability, please take a look at the ISS Landlord Brochure.

Jody had a lot to smile about this past holiday season; she spent her first Christmas in her very own apartment. It had been a goal of Jody’s to move out of her parents’ home. She accomplished that goal November of 2019, renting an apartment in Springville near her family. Jody explained that her biggest supports in the process had been her family, and Diane Wood, her community habilitation staff at sasi.

“Diane helped me find the apartment and fill out all of the paperwork,” Jody said. “She helped me be patient. There are days I wanted to give up, but I didn’t. I kept going.”

Jody, 33, has been receiving services from sasi since 2005 when she enrolled in the SEMP program. She started community habilitation in 2017 and ISS in 2019.

“From the time I started working with Jody in our program, it has been her desire to be independent and live on her own,” Diane said.

Diane also assisted Jody with completing her ISS transition stipend through sasi.  This provided Jody with startup funds to purchase furniture and household items for her new home. With Diane’s help, Jody unpacked all of her boxes and settled into her new place. She even  received a couple housewarming presents.

“My new neighbors gave me   purple garland and ornaments for my first Christmas tree,” Jody said.

Jody works as a housekeeper at Absolute Care of East Aurora. She has an 8-year-old daughter, Olivia, who lives with Jody’s parents. 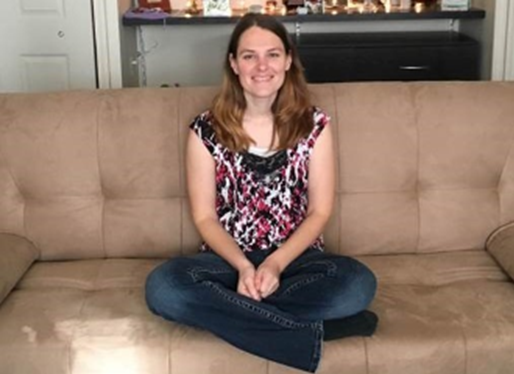