Jeff serves on the Board of Directors of the Developmental Disabilities Alliance of Western New York. As chair of DDAWNY’s Government Affairs Committee and a board member of New York Disability Advocates, he is one of the region’s most visible advocates for better funding and public policy in our field. He is also a Board member of Person Centered Services Care Coordination Organization, and led the creation of the Class C Collaborative, a group of independent providers that is a part owner of the CCO.

Jeff earned a bachelor’s degree in communication studies from Canisius College and a master’s degree in pastoral ministry from Christ the King Seminary. He began his career in the for-profit public relations and advertising world. After working for two different marketing communication firms, he moved into the not-for-profit sector and has never looked back.

Jeff worked in eldercare for more than a decade. He held a senior leadership position at the Health Association of Niagara County, Inc., a provider of home health care and other human services. There, he played a lead role in establishing a managed care program for frail elders in Niagara County, enabling them to remain at home with wraparound services. He served as interim CEO of HANCI for several months before moving on to Community Music School of Buffalo as executive director. At the school, he established a music therapy practice and a grant-funded music program for children on the autism spectrum.

While Jeff is proud to be a CEO, “Dad” is his favorite title. He and his wife, Michele, live with their 9-year-old son, William, in Niagara Falls. 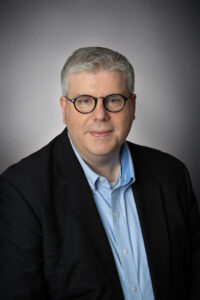