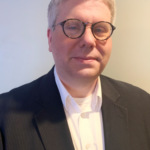 Founded in 1974 in Springville with three employees, sasi has grown into one of the region’s largest nonprofit service providers. sasi serves more than 2,000 people with intellectual and developmental disabilities in more than 55 locations throughout Erie, Cattaraugus, and Wyoming Counties. Services include housing, employment and job training, day services, recreational programs, and health clinics.

“I wake up every day with excitement and gratitude to do what I do,” said Paterson. “It should go without saying, but people with disabilities deserve all the same opportunities that the rest of us have. sasi is the place to be because of its track record of innovation and quality, and I can’t wait to get started.”

Empower’s board of directors has created a transition committee to select Paterson’s successor. When Paterson joined the organization in 2014, it was known as Niagara Cerebral Palsy. He led the 2015 effort to rebrand the organization as Empower. Under Paterson’s leadership, Empower became the first provider in New York State to complete the mandatory sheltered workshop transformation process. Empower now operates two ‘Empties for Empower’ bottle return centers, a document destruction service, and a coffee and snack cart at the Fashion Outlets of Niagara Falls.

Paterson oversaw Empower’s successful pursuit of accreditation from the Council on Quality and Leadership. He also led the creation of the Class C Collaborative, a group of five independent providers that is part owner of Person Centered Services Care Coordination Organization.

Paterson is a board member of the Developmental Disabilities Alliance of Western New York and leads its government relations efforts. He is a board member of New York Disability Advocates, a statewide advocacy organization that unites eight prominent provider associations in pushing for public policy changes that benefit people with intellectual and developmental disabilities.

“I decided five years ago to put my chips down on advocacy and it has been time well-spent,” Paterson said. “After a decade of funding cuts, there is finally momentum around better funding and policy at the federal and state levels. It’s an exciting time to work in this field.”

Paterson’s hiring is the culmination of an extensive search by sasi’s board of directors.

“During our search for Tony’s successor, we had the pleasure of interviewing and considering many talented, skilled, and dedicated people whose commitment to the individuals we serve was readily apparent,” said Michael O’Connor, chairperson of the sasi Corporate Board of Directors. “With that said, the board was unanimous in its decision that Jeff was the right person to become the next CEO of sasi when Tony retires at the end of May.

“In addition to the fact that Jeff is intelligent, innovative, and hardworking, having served some seven years as the CEO of Empower, he is an extremely effective communicator and zealous advocate on behalf of the disabled community. We believe that Jeff will be an excellent fit within our organization, and, most importantly, he understands that everything we do as an organization is for the benefit of the individuals we serve. We are thrilled to partner with Jeff and welcome him to the sasi family.”

Paterson earned a bachelor’s degree in communication studies from Canisius College and a master’s degree in pastoral ministry from Christ the King Seminary. He worked in public relations and development positions in the for-profit and nonprofit sectors for 15 years before being named executive director of Community Music School of Buffalo in 2012. He lives in Niagara Falls with his wife, Michele, and their son, William.