Nick Kaitanowski began his career at sasi in 2014 as a Residential Coordinator. In 2016, he became Director of Residential Services, and was later promoted to Vice President of Residential services in 2017.

In his current role, Nick is responsible for the oversight and management of sasi’s 42 residential programs, as well as the individuals that receive residential support services. He also oversees sasi’s two respite houses.

Nick first began working in the field in 2004, as an ICF Specialist and Team Leader at People Inc., where he provided direct care support and services to individuals with disabilities. He later became a DayHab Program manager in 2006 and was promoted to Program Administrator in the People Inc. Day Hab Department in 2007.  In 2010 he moved to the Community Services residential department as a Program Coordinator. 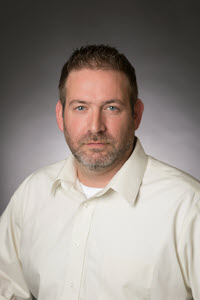